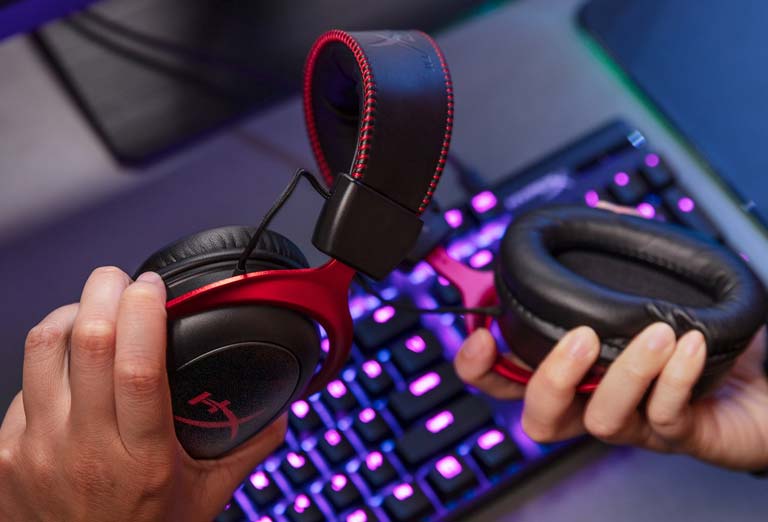 With the PS5 and Xbox Series X now in the market, it seems a bit of a fail for the The HyperX Cloud II Wireless not to have some compatibility, in fact it only works with PC, PS4 (with a bit of messing about) and the Switch(but not in hand held mode) no xbox support.  It doesn’t get any better for multiplatform gamers as there isn’t a 3.5mm headphone jack, either.

This the first of Kingston’s HyperX headsets to go wireless, which after releasing some great headsets like the Cloud Flight and Stinger wireless, you though it might have come sooner. The HyperX Cloud II Wireless keeps the quality aluminium frame found on the Could II, which we rated one of the best gaming headsets on the market.

Charge is done via USB-C on the left earcup, which also has the detachable mic jack, volume is controlled on the right can and has been upgraded to increase by increments of 2, compared to 4 on the wired version, so one bonus there.  The padding on the cans is Kingston’s memory foam and leatherette covering, I hate that word leatherette, sounds so 1970’s.

Cloud II Wireless is focused on PC gamers, and a wired connection is via a USB-C, but the cable is short and only fit for gaming on a laptop. If you are thinking you can use it on your android phone via the USB-C think again, guess what? It’s not compatible.

If you are looking for a good wireless headset for just your PC then the HyperX Cloud II Wireless is a good choice, but if you want to use it on multiple devices forget it. Go for the SteelSeries Arctis 7P Wireless.