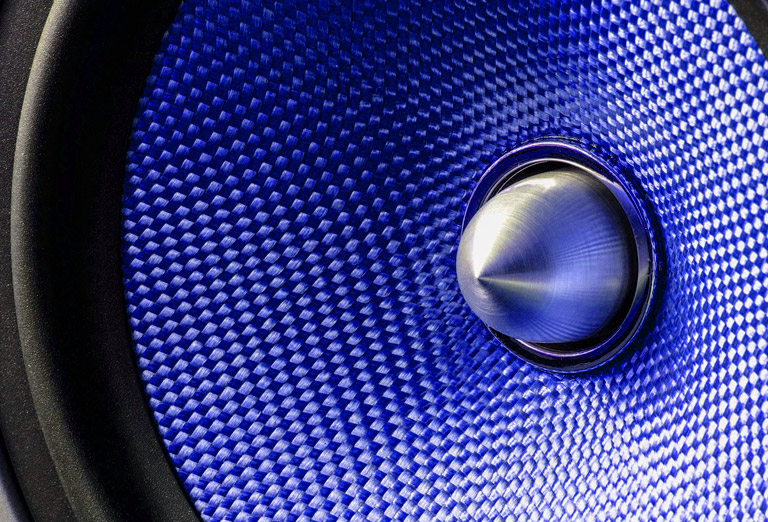 We have a lot of names for the devices that we use to listen to music and other audio mediums without disturbing others. Headphones, earphones, ear speakers, cans and all those words mean pretty much the same thing. What is the focus of today’s blog is the different types of drivers that you might find inside them.

Drivers or transducers convert the electrical signals sent through the cable or the air if you’re using wireless, a Bluetooth or whatever to the sound waves that your ears hear. So first up is the most common type of headphone driver, the moving coil driver, also known as a dynamic driver.

It consists of a stationary magnet attached to the frame of the headphone. This creates a static magnetic field, a diaphragm and a coil wire or voice coil. The voice coil, actually, it’s the diaphragm based on the varying current that gets passed through the coil and the moving diaphragm combined with the air moving around, it creates the sound that you hear practical dynamic driver sizes for headphones or anywhere from tiny 10 mm or sometimes even smaller drivers that fit inside i.e. ends too big. 55 mm, you know, pounding bass capable drivers that you’ll find in over ear headphones.

And the main benefits of these are that they are inexpensive to produce. Keeping manufacturing costs relatively low for entry level products and if engineered correctly, they can deliver a wide enough frequency range with enough accuracy that even the high end audiophile grade products can be built using this technology.

Electrostatic drivers, they’re a little different. They consist of a thin diaphragm typically made of coated polyethylene terephthalate film, which is electrically charged and suspended between two perforated metal plates or electrodes. The electrical sound signal is applied to the electrodes, which produces an electric field between them and draws the diaphragm towards one plate or the other area. Then forced through the perforations or the curves on the electrodes, which, when combined with the moving diaphragm due to the constantly changing electrical signals, creates sound waves which your ears hear.

Electrostatic drivers are generally capable of producing a very wide range of frequencies, and their frequency response often extends well above the audible limit of approximately 20 kilohertz. Nowadays, electrostatic drivers are only really present in high end audiophile grade headphones. Since they’re quite expensive to produce, require stronger amplification and the benefit for most people simply doesn’t justify the additional cost.

Ortho dynamic or plane or magnetic drivers operate on a similar principle, but use large permanent magnets and very the charge of the membrane to produce sound. The final type that we’re highlighting today is balanced to armature or B-A drivers. They’re the smallest ones available and they’re incredibly power efficient, which makes them great for items.

Also known as canal phones and for hearing aids, actually this driver type features a coil wrapped armature that has pivoted and then perfectly centered or balanced between the poles of a permanent magnet.

Then when a current passes through the coil, it causes the armature to pin it, passing vibrations to the drive rod, which is attached to the center of a diaphragm. And the movements of the drive rod causes vibrations in the diaphragm, creating the sound that you hear.

Common theme here, right? These drivers give a clean, accurate sound, but typically have a fairly narrow frequency response range. They also don’t really deliver head crushing bass and are very limited in performance at the extremes of the human hearing range. But they are often joined with much success with other B-A or dynamic drivers in a passive crossover network to expand the overall frequency range of the in-ear monitor with each driver focused on a certain band. Do note, though, that when shopping for headphones, more does not always mean better.

So do your research on the quality of the drivers inside a pair of items before you pay some ridiculous amount of money. Just because they have 16 BA drivers in each side or something. This post is by no means comprehensive, but it should give you a good idea of what the main differences are between the most popular driver types, as well as a couple of notes on, you know, the less popular electrostatic cleaner magnetic ones.