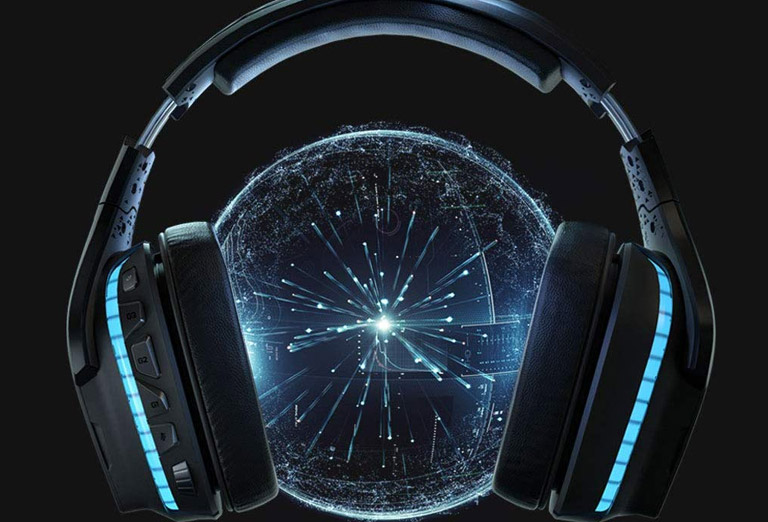 So it has been three years since logitech launched the G933 a gaming headset with fantastic surround sound, but a poor microphone. So three years later, the G935 is here. They have equipped it with new drivers, but everything else remains pretty much identical to the original.  Is this thing worth the upgrade? They’re really proud of it, and while the G935 is their flagship gaming headset, you know, we found the audio quality is better than G933. The microphone has improved as well, but we were hoping they would take it into a different direction physically.

So first, let’s start with the price. The G 935 sells for $169, which is steep, but it is the same price of the G933, so price has remained the same. Now, physically, nothing much has changed. The headset still feels and sounds plastic. You know, the glossy plastic on the ear is still present, which is kind of nasty once you handled the headset. The magnetic ear cups on the sides have been slightly redesigned, but they’re still customizable and they fit on the G933. So the exactly the same format. And on the left here cup, we still have that usb compartment, so you can carry the receiver with you.

But the positive change here are the ear cups. No longer do we have that harsh bathing suit material like we saw in the G933. Here we have this leather material that has better isolation. It maintains a little bit more of that deeper base and on skin contact its just a lot more comfortable because the drivers are new  and the internals of the ear cups are new. The actual driver wall has now been flattened slightly versus the G933 that had a bit more curve.

Also the new headset is 5 grams heavier, not significant. But we were hoping they could reduce the weight of this design and also make the internal wall slightly more curved so that your ears will not make contact. Also we would like to see a slight redesign in the frame itself because it’s still incredibly bulky and just way too wide, especially compared to something like the Corsair H.S. 70 or the Hyper X Cloud, that are a lot more low profile and low key versus the G935. This is a gaming headset through and through. Now let’s talk about the light sync branding in the name. So this beautiful RGG strip at the back and the G logo on the side can be controlled individually. And these look awesome. It was a great introduction in the 933 three years ago, but right now they’re at the back. So for the user, they’re invisible.

This is the best wireless gaming headset I have ever heard in comparison to the hyper X Cloud the G935 completely destroys it in the clarity in the base. Just so much more fullness. The hyper X Cloud sounds kind of tinny and harsh in comparison. So whatever new drivers they’ve installed  absolutely deliver a fantastic audio experience, not just from a stereo perspective,  we’ve been really a huge fan of the surround sound that we get on the G933 and that carries forward with the G935 and them actually start to enable surround sound within G935 because it doesn’t necessarily distort too much of your directional awareness. It enlarges the audio space.

But you still get like, you know, if it’s a footstep, it sounds like just like a footstep it would in stereo mode, but slide the wider soundstage basically so your positional awareness is still intact and that is something that this kind of difficult to achieve. Overall audio experience is nine out of 10.

I really like what you’ve done with the software. G Hub is intuitive to use. We have nice big percentage indicator for the battery life underneath the product, which is excellent. You can customize colour and lighting to other, you know, large tech peripherals. You can reassign will those G buttons do, which is awesome, and of course the equalizer controls are awesome. You want extra treble, extra bass or something in the mid range.

And so in conclusion, you know, it’s really good to see the G935 establish itself as like this dominant product in wireless audio. It sounds way better than anything I’ve heard in this wireless category, but they definitely need to do something new with the physical characteristics and perhaps go the G pro route, like if they had the G pro wireless headsets. But with these drivers,we would love that beautiful design. Simple, great aesthetics, new RGB. But of course they have to go the really high end route that incorporates everything else so they can trickle down these drivers into lower tier wireless gaming headsets.  Available on Amazon